“This is going to be the disaster that defines our generation,” Collin Arnold, director of the city’s Office of Homeland Security and Emergency Preparedness, told CNN.
Numbers, state by state
Another concern: As the state’s tally of coronavirus cases stands at about 2,305, scores of them fatal, New Orleans’ food banks have only about two days worth of goods left, Arnold said. 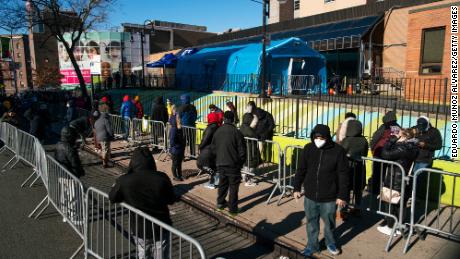 He called New Orleans “kind of the epicenter” for the state, with almost 1,700 cases in the metro area, according to state figures.
Arnold’s warning comes as the Louisiana Department of Health says it is monitoring clusters — defined as situations in which two or more cases appear connected — at six nursing homes in the state. The department is working to contain the spread at the facilities, spokeswoman Mindy Faciane said.
One of those — the 268-resident Lambeth House Retirement Community in New Orleans — was reporting 11 deaths as of Tuesday, she said.
“The intensity of sadness that accompanies what our community is currently enduring is almost indescribable,” Christina Fay, board director of Lambeth House, said in a statement earlier this week.
Where the numbers stand Thursday is unclear. Owing to the number of nursing homes reporting cases and the involvement of multiple health care providers, the state health department “will no longer be reporting where positive cases have been identified,” Faciane said in a Wednesday email.

Jefferson and Orleans parishes, which make up most of metro New Orleans, were two of the deadliest counties to be infected with the virus, a CNN analysis earlier this week of data collected by Johns Hopkins University showed.
They also ranked among the top seven counties nationwide — of those reporting 100 cases or more — in deaths per 100,000 residents.
Health officials are testing 3,000 people Thursday in Orleans Parish alone, Arnold said, and they expect to get a new supply of tests and do the same thing Friday.
Testing is a big reason for the spike in cases, Arnold said, and Mardi Gras — during which 1.5 million people, including international visitors, converged on the city — is “obviously probably” a variable in the spread of Covid-19 throughout the city.
Gov. John Bel Edwards has ordered state residents to stay home until April 12, and data shows movement in the city is down 73%, which Arnold applauded.
“I’m seeing that it’s pretty empty, and it’s encouraging that people are listening and we need them to really push through this. We know it’s a very difficult thing to have to do, but it’s very necessary,” he told CNN.
Surrounded by states that have not implemented mandatory stay-at-home orders, Arnold believes the directives are vital, he said.
Louisiana pastor continued holding services
“We need our people to stay home,” Arnold said. “Somebody saying (stay-at-home orders are unnecessary), they’re not doing enough testing. That’s the bottom line. It just hasn’t affected them yet, but it’s in their community. It is there.”
Dr. Anthony Fauci, director of the National Institute of Allergy and Infectious Diseases, told CNN he felt officials in New Orleans and Louisiana should’ve taken action sooner to close nonessential businesses.
“They are now shutting things down in a very vigorous way,” he said in an interview late Wednesday. “It is likely that that should have been done a little bit sooner — not blaming anyone on that, but you get caught unaware because the nature of this outbreak.”

Edwards spoke with similar urgency Sunday: “If we want to flatten the curve, we have to take more aggressive mitigation measures now and limit social contact now. … We’ve got to take action now.”
As part of his stay-at-home order, effective Monday, Edwards instituted restrictions on visiting retirement communities. He has warned that the state’s hospitals could reach their capacity in days if the cases continue to increase at the current pace. 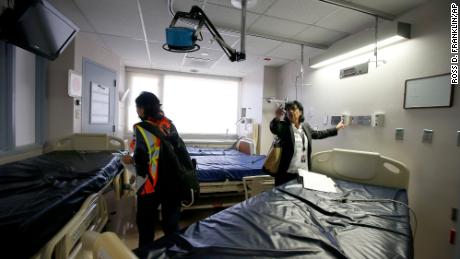 The governor has repeatedly said coronavirus cases are increasing at a frightening clip, adding, “There is no reason to believe that we won’t be the next Italy.”
Earlier this week, responding to Edwards’ plea stating the outbreak is “beyond the capabilities” of state and local agencies, the White House granted his request for a federal major disaster declaration, which opens the door to additional resources the state to combat the pandemic.
New Orleans Mayor LaToya Cantrell issued a stay-at-home order last week, closing businesses and banning gatherings of more than 10 people.
“If you don’t have any essential function or cannot safely maintain social distancing, you need to stay home,” Cantrell said Friday. “Don’t look for ways for the rules to not apply for you. … Stay home.”
The city has created a special police team to enforce order and respond to reports of large gatherings. Establishments that don’t comply with the order could permanently lose their business licenses, the New Orleans Police Department said in a tweet.

Chicago’s ‘super-spreader:’ How the coronavirus spread from one patient to 15 others – Chicago Sun-Times

CDC Weighs Loosening Guidelines for Some Exposed to Coronavirus – Snopes.com

Coronavirus was spreading in NYC in February, came via Europe – Yahoo News

You're not 'too busy' to stay active during coronavirus quarantine: Health experts worry about blood clots, weight gain and more – USA TODAY